Southeast Asia is home many ancient capitals that were once cradles of civilisation. Some of these have survived the centuries in the form of relics, artefacts and well-preserved buildings; others lie in partial ruins that somehow add to their mystery and mystique. Take a step back in time and explore the rich and varied history of these old cities. 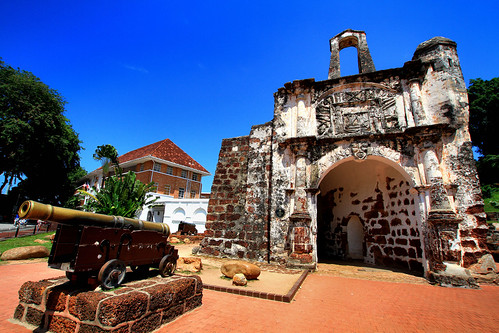 A UNESCO World Heritage Site and one of Malaysia’s most popular tourist destinations, the city of Melaka is a melting pot of cultures and influences. Once home to the region’s oldest Sultanate, the city’s strategic location meant that it flourished as a bustling port, with traders coming from as far as China, India and Saudi Arabia. It was colonised by the Portuguese in 1511, then the Dutch in 1641 and finally the British in the late 19th century. Remnants of this colonial era can still be seen at its historic sites, such as the Portuguese ruins of A Famosa and St Paul’s Church, as well as the iconic Dutch Stadthuys, which now houses a museum. Visitors can also relive the glory of the Melaka Sultanate at a replica of its wooden palace, which is constructed entirely without nails. The ancient capital of Bagan was the epicentre of the Pagan kingdom that lasted from the 9th to 13th centuries. Today, it is best known for its sunrise balloon rides, which lets visitors take in the sights of vast, sprawling plains peppered with thousands of temples, stupas, pagodas and monasteries. On foot, visitors can marvel at the stunning architecture of Bagan’s over 2,000 surviving structures, some of which hold holy relics. As Bagan is still considered off the beaten path for many travelers, it still enjoys a pristine charm that is untouched by mass commercialisation.

Having occupied the Philippines for over 300 years, Spanish influence in Filipino culture is prevalent, from the architecture of its buildings to the language and food. The best place to experience a slice of this heritage is at the historic district of Intramuros. Also known as the ‘Walled City’, it was the seat of power for the Spanish empire in the Philippines. The city’s high stone walls, forts and buildings can still be seen today – such as Fort Santiago where national hero Jose Rizal was kept prisoner before his execution, and the San Agustin church, a Baroque-era church that contains many exquisite pieces of religious artwork and artifacts. Add to that the cobblestone streets, beautiful plazas and horse-drawn carriages – and visitors will feel like they are strolling down a 17th century Spanish street.

If you ever want to experience the atmosphere of a 15th to 19th century Southeast Asian port at its peak, visit the Old Town at Hoi An, located on Vietnam’s central coast. Home to some of the country’s most well-preserved buildings and streets from the era, the architecture is a colourful blend of local and foreign influences, from wooden Chinese shophouses and brightly painted temples, to Vietnamese tube houses with elaborate fixtures and elegant French colonial buildings. The centerpiece of the old town is the Japanese Bridge, a covered bridge spanning a small canal which features intricate carvings, statues and decorations.

Once the epicentre of some of Indonesia’s most powerful Buddhist and Hindu kingdoms, the city of Yogyakarta in Indonesia is the perfect place for culture and history enthusiasts. Go on a sunrise tour at the majestic 8th century Borobudur Buddhist temple, and watch as the volcanic stone stupas are bathed in a golden light. Built in tiers to resemble a mandala from the top, the stunning architecture and craftsmanship of the frescoes and carvings will take your breath away with their stunning attention to detail and incomparable craftsmanship. Closer to the city centre is the 9th-century Prambanan Hindu temple complex with its towering, spire-like edifices, and the Kraton, the royal palace where the Yogyakartan monarchy still resides.